Don’t forget to mark your calendars for the upcoming World TB Day 2022 on March 24th!

The theme for this year’s World TB Day is “Invest to End TB. Save Lives.” Without adequate financial resources, the global community cannot win the fight against TB.

The WHO is hosting a virtual talkshow on #WorldTBDay featuring speakers ranging from government leaders to TB survivors. You can register for the event here:

As part of our mission for 2022, the Mueller Health Foundation cares deeply about sharing the stories of those affected by TB around the world and to learn from their experiences. This month, based on a recent story publicized by the WHO, we would like to share the experience of Fatima, a patient diagnosed with multi-drug resistant TB (MDR-TB) in Syria.

According to the WHO, Fatima is the first patient with multidrug-resistant tuberculosis (MDRTB) to be cured of the infection in the conflict zone of north-western Syria. Fatima was living a normal life at home with her parents when she contracted TB from her sister. She spent the next 8 months receiving regular TB treatment, yet her condition deteriorated, and she underwent surgery to remove the right side of her lung. After suffering a relapse in August 2020, a rapid nucleic acid amplification test using the Xpert MTB/RIF assay confirmed that she had MDR-TB. A group of clinical experts, hosted by WHO/Europe, reviewed Fatima’s case virtually and recommended a series of investigations, including blood tests, X-rays, a bacterial culture growth, and rapid drug susceptibility tests. Based on these highly accurate test results, they advised a short, patient-oriented, fully oral bedaquiline-containing treatment regimen. On January 20th 2022, after a thorough medical evaluation, Fatima was found to be completely cured of multidrug-resistant tuberculosis. Here is a more detailed account of her journey:

Fatima’s story demonstrates the positive impact that treating patients through a more holistic, patient-centric approach can have. By combining new diagnostic testing approaches, particularly for resistant forms of TB through the Xpert assay and fostering collaboration of medical professionals across the globe using virtual telehealth communication methods, Fatima was able to receive a more tailored treatment for tuberculosis that ultimately led her to be cured of the disease.

For more news, please also take a look at our top 3 picks for March in this newsletter, where we highlight novel research findings and news around the prevention and treatment of tuberculosis around the world.

Every month, we at the Mueller Health Foundation like to showcase interesting news and updates in the field of tuberculosis. Below are our top 3 picks for March:

Addressing the virtual Global TB Vaccine Forum in February 2022, Professor Mark Hatherill, the director of the South African Tuberculosis Vaccine Initiative (SATVI), said there was good news and bad news about the TB vaccine pipeline. He stated that the good news is that there are nine candidates in Phase IIb and Phase III efficacy trials variously for prevention of infection, prevention of disease, and prevention of recurrent TB indications. Successful phase III trials are usually required before medicines or vaccines are approved by regulatory authorities. However, the bad news is that the shape of the pipeline is inverted. If there is not a successfully efficacious vaccine from one of those nine candidates, there are very few candidates in Phase I and Phase II that would fill those positions in the next five to 10 years. To learn more, you can access the full article at:
https://www.news.uct.ac.za/article/-2022-03-03-good-and-bad-news-about-new-tb-vaccines

Researchers at Stanford University conducted a study that used multiplexed ion beam imaging by time of flight (MIBI-TOF) to image 37 proteins in tissues from patients with active TB. They constructed a comprehensive atlas that maps 19 cell subsets across 8 spatial microenvironments. This atlas shows an IFN-γ-depleted microenvironment enriched for TGF-β, regulatory T cells and IDO1+PD- L1+ myeloid cells. Notably, the researchers stated that PD-L1 expression is associated with progression to active TB and treatment response. Given that the study found that granulomas in the lungs of people with active tuberculosis infections are packed with these proteins known to tamp down the body’s immune response to cancer cells or infection, some types of cancer drugs could be used to target these immunosuppressive proteins. Because these medications are widely used in cancer patients, the researchers expect that clinical trials can be launched quickly to test whether they can combat tuberculosis infection. To learn more, you can read the full article here:
https://www.nature.com/articles/s41590-021-01121-x

This month, in honor of International Women’s Month, we would like to highlight Florence Seibert, an American biochemist, who enabled the development and use of a more reliable TB test that is still widely used today. Here is her story:

Florence Seibert was born in 1897 in Easton, Pennsylvania. She was afflicted with polio as a child and left with a severe limp. Since she was unable to run and play outside like most children, she turned her attention to excelling in school, especially science.

Since 1908, the Mantoux tuberculin skin test, which works by injecting people in their forearms with a small amount of the TB antigens to see if there is an immune response, had become the go-to tool for detecting the disease. But the Mantoux test back then was based on Koch’s somewhat unreliable original tuberculin formula, which contained an unknown mixture of carbohydrate and protein antigens, as well as antigens from beef broth used in the culture.

In the 1930s, while at the Phipps Institute of the University of Pennsylvania, Seibert discovered that the proteins in Koch’s tuberculin mix were critical. She spent the next several years trying to isolate them to make a more consistent formula. Through a method of steaming TB cultures and then purifying the proteins, she produced the purified protein derivative (PPD).

Seibert’s PPD formula was adopted as the gold standard for TB testing by the U.S. Public Health Service in 1941 and the World Health Organization in 1952, and is still widely used today. 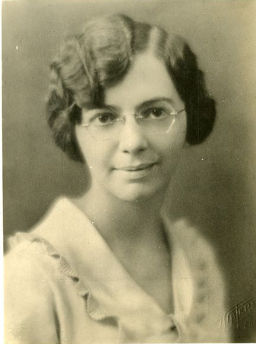 3.Interagency Field Guide on TB Prevention and Care Among Refugees and Other Populations in Humanitarian Settings

The World Health Organization (WHO), the UN High Commissioner for Refugees (UNHCR) and the U.S. Centers for Disease Prevention and Control (CDC) have launched an updated interagency field guide on TB prevention and care among refugees and other populations in humanitarian settings. It includes new strategic approaches, guidance and innovations for TB prevention and care interventions in humanitarian settings. The guide focuses primarily on managerial and organizational aspects of TB interventions, and provides links to the most updated references for the clinical aspects. To learn more, you can access the full manual here: https://www.who.int/publications/i/item/9789240042087